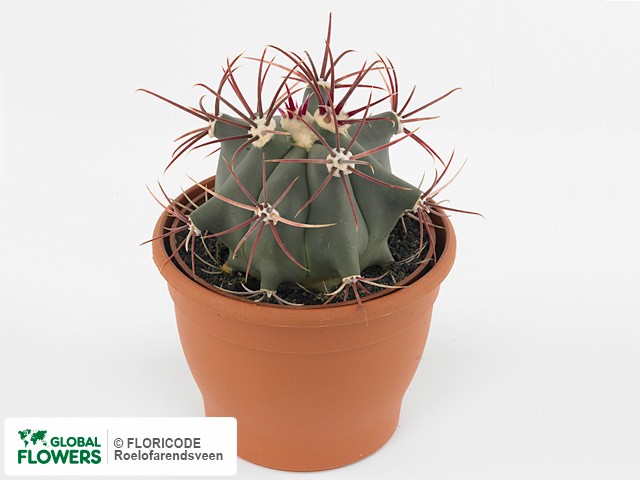 The Cactaceae family includes more than 100 genera and 1,700 species of the most common succulent plants. In temperate climates, they are grown in parks and gardens, and they are also widely used for decorating terraces, balconies, and enclosed spaces, often planted in large containers of several different types with similar requirements.

The result is a miniature botanical collection.

The quirkiness of the appearance of these plants is due to the lack of real leaves: their functions are performed by a green stem of a rounded, more or less squat or elongated cylindrical shape, often ribbed (in desert species), flat like a leaf or elongated like a vine. Cacti (with the exception of representatives of the genus Pereskia) are succulent plants, that is, with juicy fleshy leaves or stems. Cacti accumulate moisture in their tissues and use it during periods of drought as needed, which contributes to the endurance and survival of plants in natural conditions. conditions.

Instead of leaves, cacti are covered with spines (sometimes very decorative), down or bristles growing from small swellings on the surface - areoles (modified axillary buds). They also develop flowers and shoots. The flowers are often short-lived and usually bloom during the day. They are always lush and have an expressive shape and color. In place of the flowers, fruits are formed - berries, sometimes edible, sweet, fleshy or juicy (for example, Opuntia ficusindica), or bursting seed pods with very small seeds in the form of berries inside them.

Most cacti are grown in pots, which in the warm season can be taken out into the open air - on a balcony or terrace. In areas with mild climates, some species can grow successfully outdoors in the garden. Once a month, it is recommended to apply liquid top dressing, diluting complex fertilizers in water at the rate of 10 g per bucket of water.

In the spring-summer period and during flowering, watering should be regular. Since most cacti do not tolerate excessive humidity, watering is gradually reduced from the end of summer, reducing it to nothing by the first cold weather.

It is carried out every two, three or four years in the spring to provide the plant with space and renew the soil.

Cacti are simply propagated in late spring or summer by shoots, or by dividing the plant when transplanted into a new pot. When propagated by seeds, many copies are obtained. Very small seeds are scattered without burying on loose, well-drained soil. To ensure germination, it is necessary to maintain the temperature at the level of 20-22 °C. The process will be accelerated if you cover the pots with plastic wrap or a piece of glass to maintain high humidity.

Seedlings are transplanted into a substrate composed of sand, pebbles, expanded clay or balls of polystyrene expanded plastic mixed with loose soil of moderate fertility.

Cacti prefer very good lighting. If they grow outdoors, they are always placed in a sunny place. At home, cacti survive only in the strongest possible light. In winter, they need a bright, well-lit place, but not close to heat sources.

Cacti, contrary to popular belief, are quite resistant to cold, and all, especially desert species, prefer a dry and relatively cold (5-10 °C) environment in winter. But in the summer, they are satisfied with the air temperature of 18-25 °C.

Young plants are susceptible to the rapidly growing fungus Pythium debaryanum, which causes basal rot, browning; the plant becomes covered with mold, and then dies.

The fungus Phytophthora cactorum affects both young cacti and adult specimens. The wounds formed on the roots first turn brown, then dry up. Such phenomena are always associated with an excess of humidity. Diseased plants should be discarded immediately and then preventative treatment of healthy plants with fungicidal powder preparations should be carried out.

A very common disease is gray rot of vegetable crops (the causative agent is Botrytis cinerea), which causes rotting of tissues and the appearance of mold. Infected plants are discarded and healthy ones are treated with suitable fungicides.

Wet smelly rot that leads to plant death can be caused by Erwinia carotovora bacteria-the causative agents of the black leg disease. Its appearance can be prevented by correctly observing the growing conditions and carrying out preventive treatment of plants with copper-containing preparations.

There are mites, nematodes, worms, beetles and snails on cacti; they are disposed of with the help of appropriate preparations.

Prickly pear (Opuntia) is a genus of crops in the Cactus family, combining about 250 species. A typical feature of plants of this genus is flat, jointed, juicy shoots, usually densely covered with spines and glochidia (easily breaking off thin bristles). The leaves are small, juicy, awl-shaped, drying quickly.

In summer, large yellow or red single flowers bloom; in their place, ovate fruits appear. Seeds with a hard skin are flat. Of the numerous types, the following should be mentioned. Prickly pear (Opuntia acantocarpa) is a shrub or tree-like species with cylindrical stems with thin bristles and straw-colored spines. The flowers can be yellow, red, or purple. The Indian fig tree (O. ficusindica) is known for its fleshy, sweet, edible fruit with many seeds. In prickly pear (O. cylindrica), the stems and cylindrical segments are covered with yellow spines, leaves small and short-lived, scarlet flowers. The height of prickly pear (O. microdasys) does not exceed 1 m. This is one of the most beautiful species among the known and widespread cacti. The central spines are absent, and the glochidia look like a kind of pads with small spines. Clusters of glochidia make up the main beauty of this prickly pear and can be painted in white, yellow, red-brown colors. Thus, O. T. var. albata has a white shield, O. T. rufida has a red shield, and the dwarf types of O. T. var. albata have white shields. m. var. minima - dark yellow. Prickly pear pachypus (O. pachypus) is a 1 m tall cactus with bunches (30 each) of light spines. Its crested form is better known than the botanical species.

In the conditions of natural growth, prickly pear Scheer (O. sheen) is a plant of considerable size, but in culture it hardly reaches 1 m; it has bristles and spines, and yellow flowers rarely bloom. Prickly pear tunicata (O. tunicata) grows to a height of 1 m, the segments are spherical, sometimes cylindrical. Previously, it was planted on walls (a substitute for barbed wire). Spines with a touch of straw color, yellow flowers.

Slow-growing prickly pear trees can be grown in pots - on the balcony, terrace and in the garden, and dwarf species - at home, placed in a lighted place, in winter-in a cooler place than in summer, away from batteries; the air temperature should be maintained at 6-7 °C. In summer, prickly pear tolerates heat well (28 °C and above).

In winter, watering is kept to a minimum, but not stopped altogether. In the spring and summer period, until the end of flowering, it is regularly watered when the soil begins to dry out, and especially on hot days.

With poor watering on such days, plants do not develop well, despite the fact that cacti generally have rather modest requirements for soil moisture.

Cereus is a genus of plants in the Cactus family that includes about 50 species. Large tree-like or shrubby (sometimes creeping) forms up to several meters high. Stems branching ribbed, with spines; flowers large, white single, funnel-shaped, often fragrant. The perianth falls off after flowering, a column remains on the ovary for a long time. The fruits are large, berry-like, and some are edible. The most well-known ornamental plants are Cereus peruvianus and cereus azure, whose stems are covered with a blue waxy coating. The genus Cereus used to include cereus large-flowered, or queen of the night (C. grandiflorus), and Cephalocereus senile, or "old man's head" (Cephalocereus senilis), a cactus often grown in collections with long white hairs that do not show spines. Many independent genera have been isolated from the genus Cereus. Chametsereus (Chamaecereus), echinocereus (Echinocereus), haageocereus (Haageocereus), oreocereus (Oreocereus), trichocereus (Trichocereus) and others. Cacti of the genus Echinocereus (Echinocereus) have a characteristic cylindrical stem and flowers of bright (red, pink) colors. From other genera, Echinocactus is widely known with a spherical or cylindrical stem with clearly defined ribs, often very decorative in shape, color, with powerful yellow spines. Common ferocactus (Ferocactus), initially having a spherical, and with age acquiring a cylindrical shape with curved ribs and spines, catchy color (if they are kept in direct sunlight). Gymnocalycium (Gymnocalycium) includes a variety of diverse species and varieties with decorative flowering. Notocactus - rounded or cylindrical plants with their ribs crossed by transverse grooves. The genus Parodia (Parodia) is a spherical small cacti, stems 6-15 cm in diameter with thick soft spines of white, golden or brown color. The flowers are single, large, yellow or red. The largest genus of cacti is Mammillaria, which includes about 40 species and many varieties with characteristic papillae with spines at the ends arranged spirally along the stem. The flowers are usually numerous, arranged in a kind of corolla at the top of the stem. Flower coloring - white, pink, red, crimson. Some species contain milky juice. These are very popular cacti in the culture due to their flowering, pubescence and beautiful spines.

Other plants from the Cactaceae family